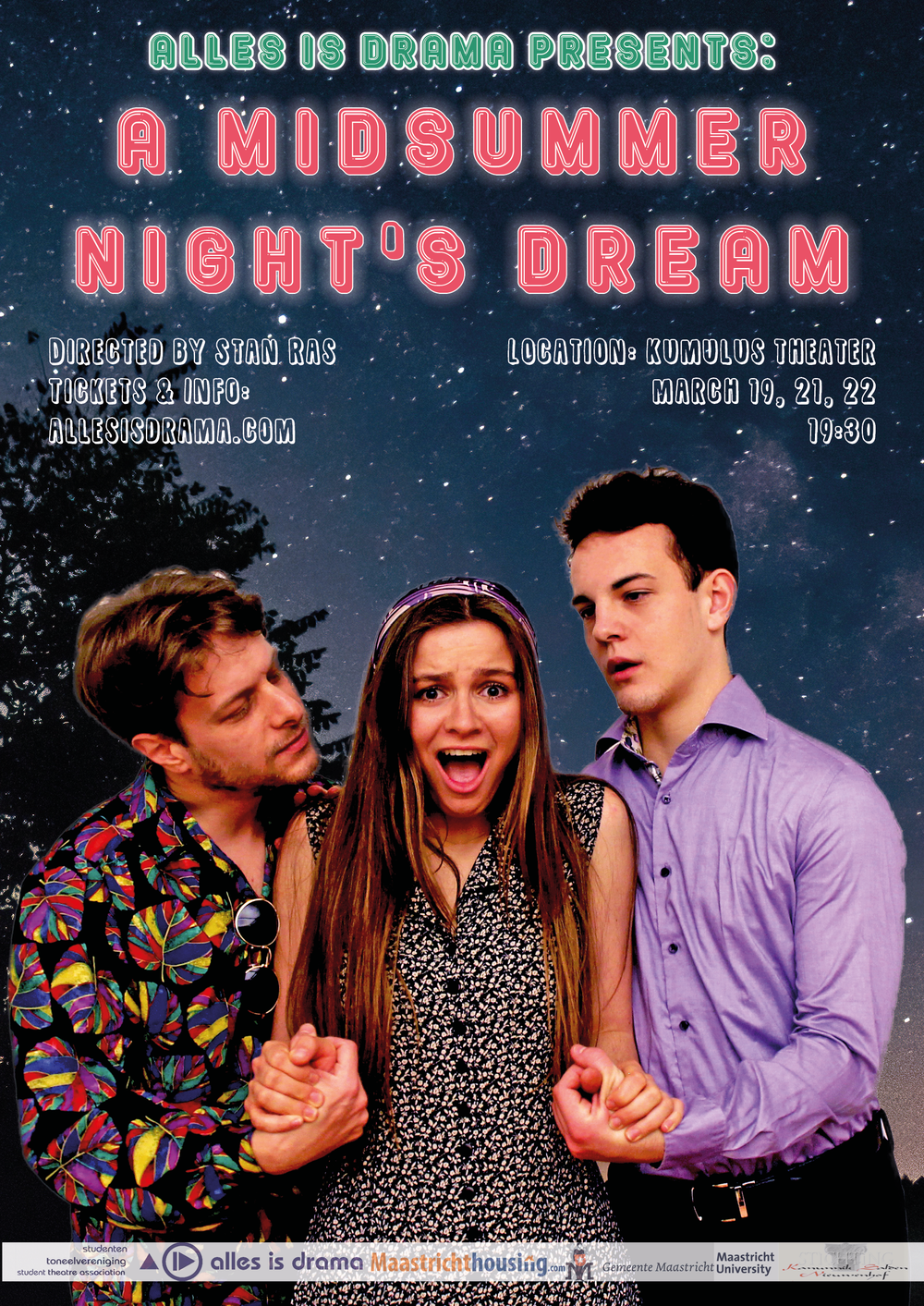 Based on the original texts of William Shakespeare, this play tells a timeless story about dreams and reality, love and magic.

The beautiful Hermia flies with her beloved Lysander into the woods, because her father does not allow her to marry him. They are followed by Demetrius, who also wants to marry Hermia. Demetrius is on his turn followed by Helena, who is desperately in love with Demetrius. However, the four young people are not alone in the woods. Nearby, Athenian labourers are working on a play that will be performed at the wedding of the duke of Athens. Also, in the night the fairies wake up, and with their magic they cause much chaos.

"A Midsummer Night's Dream" was to be performed on 19, 21 & 22 March. Due to the corona virus measurements however, the performance has been postponed to a yet to be announced date.