Audition: The curious incident of the dog in the night-time

Joining this event is not possible anymore 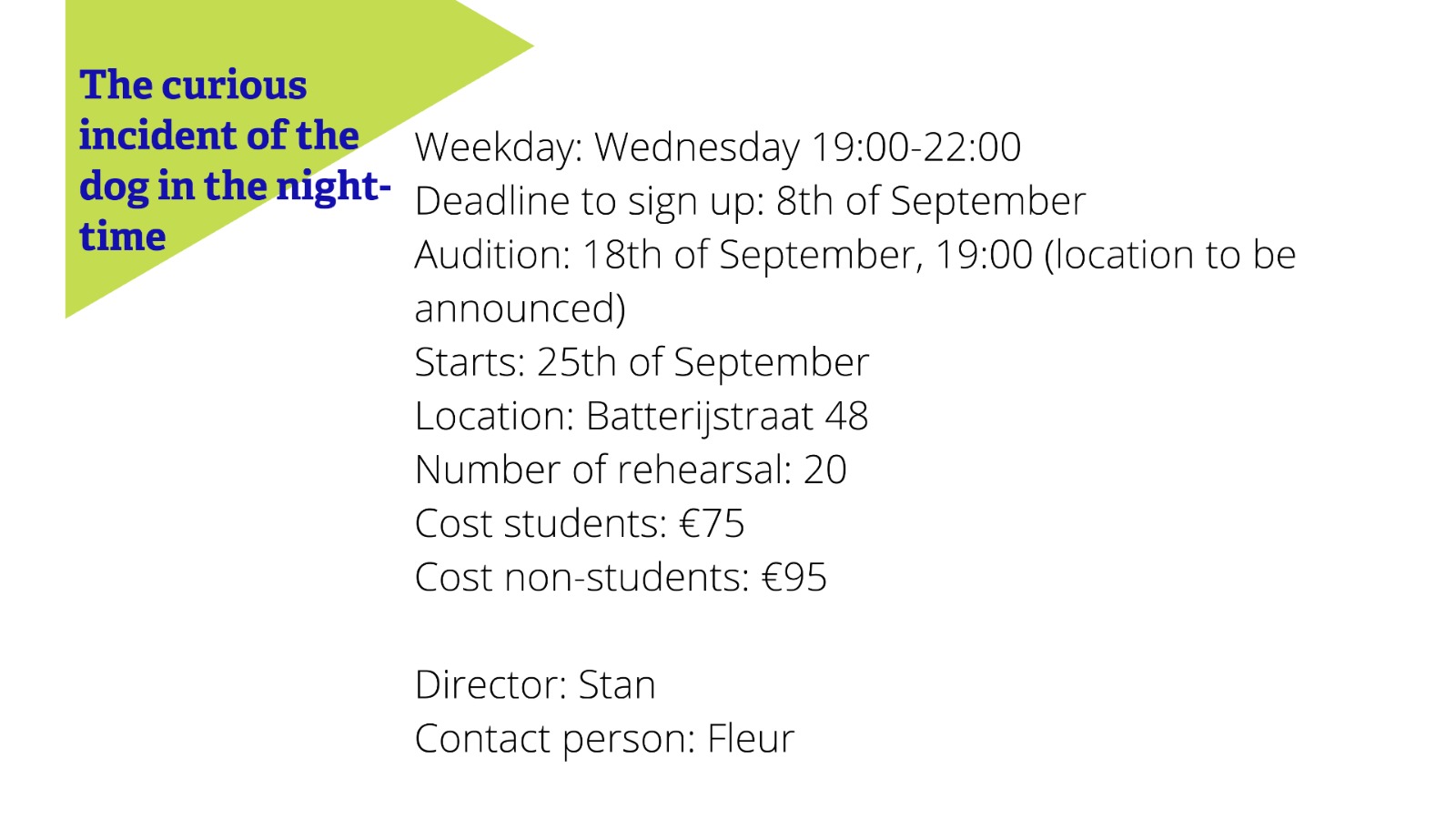 Set in Swindon and London, the story concerns a 15-year-old amateur detective named Christopher John Francis Boone, who is a mathematical genius. He appears to have an unspecified autism spectrum disorder that is variously described as either autism or Asperger's Syndrome, although the condition is never explicitly stated in the play. The titular curious incident is the mystery surrounding the death of a neighbor’s dog, named Wellington, found speared by a garden fork. While searching for the murderer of the dog, he encounters resistance from many neighbours, but mostly from his father, Ed. Christopher argues to himself that many rules are made to be broken, so he continues to search for an answer; he compares himself to Sherlock Holmes. When he discovers that his father had both lied about his mother being dead for several years and that he had killed Wellington, Christopher is distraught and fears for his own life. For the first time, he travels alone to London to find and live with his mother. He finds the journey overstimulating and stressful, but succeeds and is welcomed by his mother. However, his ambitions lead him back to Swindon, where he wants to do an A level mathematics exam. Christopher achieves the best possible result and gradually reconciles with his father. In a short scene after the curtain call, Christopher reappears to brilliantly solve his "favorite question" from the mathematics exam.